about snagging a six-figure tech job…

You can’t afford NOT to hear what 26-year veteran Alan Stein knows about how hiring
really works at Facebook, Amazon, Apple, Netflix, and Google.

Especially since he’ll immediately share his secrets (for free)

IF you apply and are approved to receive them!

My name is Alan Stein. 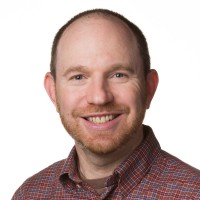 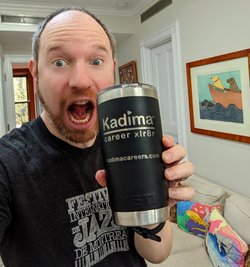 I’m on a personal mission to accelerate one million careers by 2040.

(You know –– that moment when you sit up straight, slam your fist, and sincerely decide that THIS is the year you rise into a prominent role at your dream company. With the salary, autonomy, perks, respect, and recognition that this entails…)

Then let me say: the fact that you are reading this page is NOT an accident.

I know how to break through the confusing and (oftentimes) discriminatory obstacles that top companies put in front of prized positions.

Unlike “career experts” who merely theorize about how these companies work, I personally deduced the winning moves. Over more than a thousand interviews. At hundreds of companies.

And in the last few months, I’ve refined my methodology even further by helping underrepresented, underestimated, and underpaid talent win the game too.

Women, people of color, even (as I’ll get into shortly) the totally unemployed.

Now I want to show you how to make the big leap yourself.

Yes, some of these people had decent jobs at solid companies already…but four of them were literally unemployed when we met.

Today they’re ALL making well over $100,000 (some over half a million) at the companies above.

That’s because I broke down for them, in detail…

Not generic tips. Not platitudes like “get another certification.” I’m talking about specifically-tailored what’s, where’s, when’s, why’s, and how’s.

The four unemployed people I helped didn’t have Ivy League degrees or huge networks –– and that really wasn’t a problem.

What they did have, however, was something absolutely essential. Something I now insist upon in anyone I teach OR tap into my network for.

I’m only sharing my new Slingshot Secrets Of High Tech Hiring series with candidates who are truly serious.

Don’t get me wrong. I LOVE helping people land exhilarating, coveted roles. And it definitely isn’t curing cancer or sending ships to Mars…

But the drive it takes to beat other candidates for the best jobs in the world simply isn’t there in people who just “sort of” want it.

Mind you: I’m not saying anyone should be serious about snagging a top tech job.

If you’re okay with the job you have (and rising into the upper ranks is more of a daydream or a maybe-one-of-these-days aspiration) there’s nothing wrong with that.

With that said, if you are serious, you can begin receiving these detailed emails within days.

Here’s what you need to do next:

Sign Up For Slingshot Secrets Of High Tech Hiring Now

I can tell you first hand –– nothing compares to working at a company like Google. (My still-and-always favorite.)

Whatever your best day at your current job was, picture 25x beyond that…and you’re close.

The projects you get to work on. (Or personally start.) The opportunities that come your way after you update your LinkedIn page. The financial freedom that dawns in your life once your Restricted Stock Units (RSUs) start vesting.

Oh, and did I mention the 6 months paid maternity or paternity benefits, the tuition reimbursement…

The dual-monitor setups, the unlimited book reimbursements, the SWAG galore…

The cappuccino bars, the lobster mac, and cheese, or all the other free gourmet food available round the clock?

Breaking in comes down to two things: the right information, and unbridled seriousness.

You’re going to enjoy Email #1: What It’s Really Like Working At Google.

And it’s only going to get better from there.